Free USA Shipping on All Watches

Kill The Elephant In The Room.

No click bait implied here, this story is two folds.

The man whom you may have met in our previous episode of the show, The Swole Podcast, has not only put his body, but his supplement company on the line to test and see what it's really made of. As his motto goes,

And this is for those of us who like to take things at "face value" without diving into research to find the real truth to the answers we seek. Whether we're investing in our bodies, homes, careers or ourselves; it always seems there's a snake oil salesman around when we're on the hunt for the next big thing we feel we need in our life.

On this interview, I bring up a man who manufactures bullet proof vests and the event of which he turned a .44 magnum (Totally Dirty Harry) on himself to test his own product.

The comment section of this video was FLOODED by groups of individuals who praised him for his efforts and passion, and those who criticized him for his apparent lack of intelligence at the time.

Albeit, two things are perfectly clear. The vest worked and his sales skyrocketed.

Now, back to Kris; The bodybuilder, CEO, author and entrepreneur is putting his own bodybuilder physique on the line to test what he's capable of in the form of an Ironman whilst researching and questioning,

"how can I make my supplements better? What can I make that will further bridge the gap we have with bodybuilders and endurance athletes?"

When we asked Kris about his thoughts going into this, he had this to say and I want  to dive deeper here:

"It's not about winning. It's not about how fast I complete this or anything like that, it's about the experience. My girlfriend is joining me on part of my training and she often asks me what this is going to do for me. I keep telling her it's about the experience, it's the thrill of the challenge. It's these elements that make me want to do better and it keeps me razor sharp and laser focused. Between that and the stereotypical "Bodybuilder" crap I get, I'm even more inclined to prove some people wrong. So yes, it's not about winning. It's about the potential positive effect it can have on me and what I do."

Taming of The Shrew

In order for a change to occur, there's a catalyst that must come to initiate it. As change doesn't come softly, but swiftly. Not casually, but dramatically. It is in these experiences that we, in general, can see our true potential. Whether it began as a wager, a dream or a dare, it excites our senses and unsettles this deep primitive nature to accept a challenge that brews deep. However, there's a problem with this...

People are too scared

People would rather talk than perform as it's easier. It's a LOT easer to ignore the elephant in the room than to confront it.

I say, " Kill the elephant in the room."

You get uneasy when I said that? You're thinking of Dumbo, or an amazing elephant in the eastern part of the world. No, leave that one be.

Kill the elephant that's behind you, under you, in your mirror, on your scale, in your bank account. Look, it's easy to ignore what's keeping you back or killing you. It's easy because it's become acceptable in this safety zone/PC world.

But easy gets you no where in life. It gives you nothing but what you gave to get it. (aka , nothing)

You should be pissed that you're not appreciated as you should be. You should be angry that you haven't gotten that promotion at work when you know damn well you've worked your ass off for it. You should be mad that you've still overweight and nothing you've done has worked.

The point is this,

"We don't accept the idea of change until it has become less comfortable to remain where we are than it is to change our situation."

At the end of the day, some move on and others stay behind. Some progress and some regress. It all comes down to our choosing and your choices, undoubtedly, create your end.

And if you're happy, then god bless you. 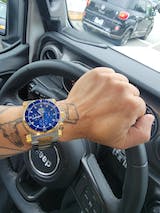 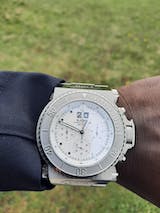 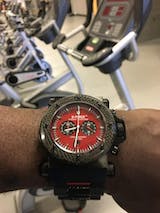 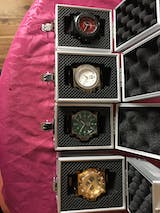 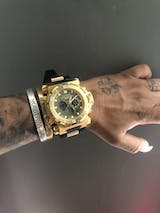 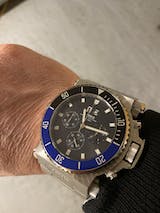